PSY shared the success story of his collaboration with BTS” longing Came around!

On April 29, the long-awaited PSY returned with its new album “PSY 9th” and lead single “PSY 9th”.That, which was produced by Suga in addition to highlighting him as an artist. As soon as it fell, the song went up Music Maps Both within Korea and around the world.

During the April 30 episode of JTBC’sknow brothers(“Ask Us Anything”), PSY talked about how he and Suga ended up working together on the song, which had not yet been released at the time of filming.

“One day I got a text message from an unknown number,” PSY began. He said, ‘Hello, this is Suga. I’d like to talk to you about something. So we met. “

“[Suga] He’s a great performer, of course, but he’s also really good at writing music,” PSY continued. “He has produced songs for IU And Hayes before. So he had produced a lot of songs for other stars before, and he told me he wanted to top his production project by giving me a song.”

“That’s when he brought me a machine [‘That That’],” PSY revealed. “Suga is the one who made that beat. He asked me, “Can you sing this song?” And I said: It won’t be like that. What am I not willing to sing [if you produced it]? OK!'”

He continued, “So we kept talking back and forth like this and working on the song together, and he ended up appearing on the song. I’d really like to take this opportunity to express my gratitude to him.” 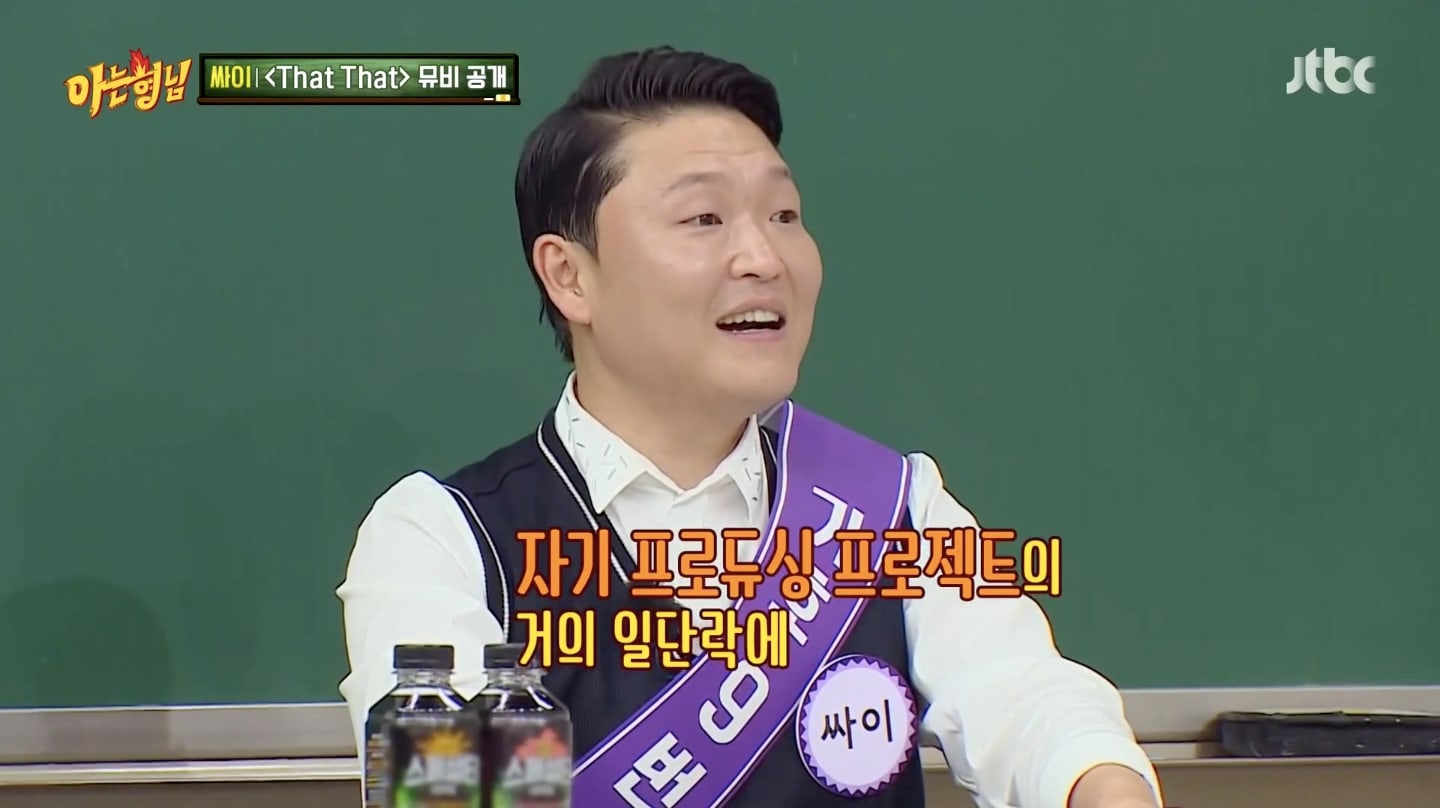 Check out PSY and Suga’s new music video for “That’s That .” hereWatch the full “Knowing Bros” episodes with English subtitles below!

How does this article make you feel?